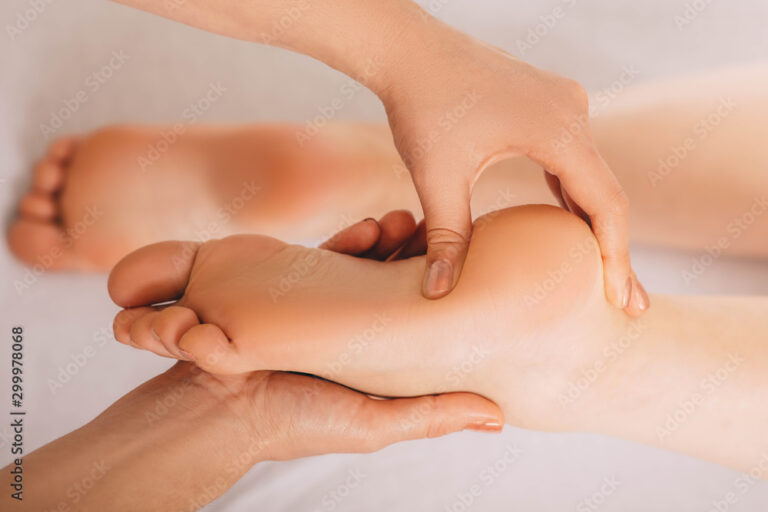 You walk on them all day, but did you know your feet do more than carry you from one place to the next? They also have a unique connection to balanced health and well-being. In a form of bodywork known as Reflexology, the feet are said to contain reflex areas that mirror and connect to all parts of the body — and pressure on these points can actually influence your state of health.

The roots of reflexology draw, in part, from the ancient healing art of foot massage, practiced the world over, from Asian and Egyptian civilizations to tribal communities of the Americas. Early archaeological digs have revealed statues of Buddha in China and Japan, and Vishnu (a Hindu god) in India, depicting markings of specific areas on the feet. But it has only been within the last century that this work has established a foothold, so to speak, in Western practice.

As we know it today, reflexology is viewed primarily as a stress reduction or relaxation technique. Using the thumb, finger, and hand, and tools, gentle to deep pressure is applied to reflex areas of the feet in order to decrease stress and bring the body into equilibrium.

Results can be profound. Through activation of nerve receptors in the hands and feet, new messages flood into the body system, changing its tempo and tone. In essence, the foot becomes a conduit for sharing information throughout the body. Function in the connecting area is improved and, at the same time, the body experiences overall relaxation and benefits to the circulation and elimination systems. When the body’s systems are at optimal functioning, self-healing is enhanced.

In this sense, reflexology is not a medical treatment for specific symptoms or diseases, but rather a way to facilitate the body’s inherent healing power. Therefore, it stands to reason that paying attention to your feet can also be a great preventive measure and one easily incorporated into the daily routine. S

Scientific studies have documented its benefit for a variety of ailments, ranging from acute disorders to chronic diseases. The majority of reflexology research has come from China where the technique is commonly used in hospitals and homes for both health maintenance and as adjunct to medical care. Some of the positive findings include reduction of pain, improvement in circulation, release of tension, and improved effectiveness of medication, as well as benefits for diabetes and headaches. ~Adapted from Body Sense Magazine